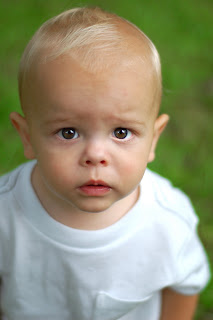 Our good friend Crystal took some great pictures for us the other day. We are thrilled with the way they turned out and thought we would share with everyone. We'll scatter them throughout the post to keep you entertained. Surely Crystal won't mind! 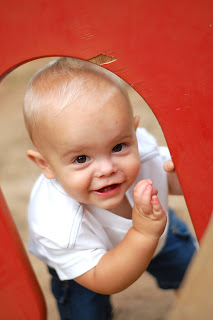 We haven't been up to too much lately. The weekend before last we headed down to Houston to see Jamie's family. We had a great time. The weather finally turned nice on Sunday so we all got in the pool and went for a swim before we had to leave. Maddox of course loved the pool. We think he is part fish. He is even starting to move his arms and legs like he is trying to swim. He must have inherited his Uncle E's love for swimming. ;) 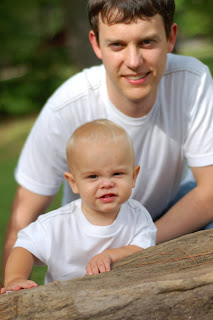 It has rained a lot here over the past few weeks and when it is not raining it's HOT. Our outdoor time has been very limited. Thankfully, the last few days have been really nice and even a little cool before it is about to rain in the evenings. 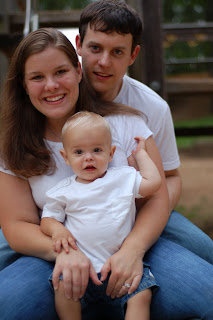 Jamie has been watching a friends little 3 month old a couple of days a week. Maddox has really enjoyed the company, and loves bringing the baby toys and giving kisses. It is definitely giving us a chance to teach him how to be gentle. 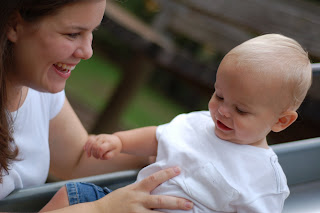 Maddox has been doing great! He learned how to catch a ball this week! So now he loves to play catch. He is still climbing like a monkey. If any box is lying around you are sure to find Maddox on top of it, or in it. He has also started saying "da dee" when he wants Brian or sees a picture of Brian. He likes watching his Baby Einstein movies and if it were his choice he would watch them all day, but we limit him to one every other day or so. We are not really tv watchers and we try to come up with other things to do instead of watching tv. Maddox has really gotten into car, tractors, trucks, buses, and anything else that has wheels. He loves to point them out in books. We finally bough him some toy cars to play with and he has really enjoyed them. He likes to push them around and make car noises. 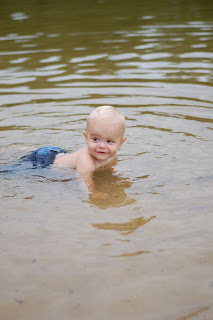 We have been busy his week visiting our new friend Lainey! Maddox's best friend Andi became a big sister on Monday. She is a great big sister and gives Lainey lots of kisses. Maddox likes to look at Lainey but wasn't too sure of her when Jamie was holding her.

That is about all that has been going on. We hope you enjoyed the pictures! 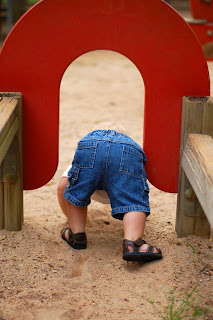